Resignation DHClub Committee 2013, please click the above link for my reasons as to why I had no option but to resign.  This is my only way of letting my side of the story be known, to members who voted for me,  the bottom link is to the letter that was sent to me some 10 days after the OCT 06 committee meeting

The Rescue hounds as advertised look how thin the puppies are. 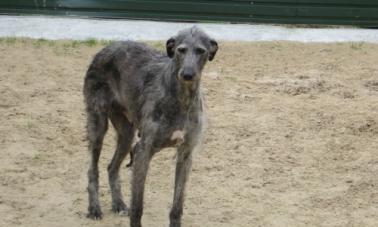 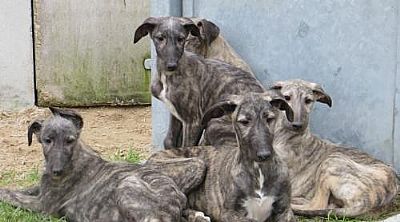 It has also been mentioned in the records for last years AGM that a member had set up a "Spurious" Face book page.  I took out a face book page calling it "The Deerhound Club", I wrote on this page clearly that this was NOT an official club page, that it had been taken out to "Protect" the page ( as you would a domain name)

In case the committee ever decided they wished to be a part of social network as so many other clubs including the Kennel Club are, it stopped any other disreputable person/organization being able to take out such a page.

I had notified a committee member that I had done this, I posted a hyperlink to the Official Deerhound Club website so people could be re routed, during this period the club website had 700 hits through this link.

I used my initiative as the official club had not thought of protecting a page, as you do a domain name, and as they do not own the intellectual property rights I broke no laws simply used initiative, and had told a committee members or what I had done, this caused me to have 3, yes you guessed it anonymous complaints (the same group of friends) against me at the very first committee meeting.